Port Lincoln is home to the Spencer Gulf king prawn fleet. The industry and its associated businesses are a power house of the local economy. The fleet is spread over three sections of the Lincoln Cove Marina; Marina Drive, North Quay Boulevard and predominantly along South Quay Boulevard.

The fleet has 39 licence holders and works for approximately 50 nights a year fishing for Spencer Gulf (Western) king prawns (Melicertus latisulcatus). Each business is owned by a local family and employs four crew. The fishing season is November to June of the following year. The fishery does not fish in the months of January and February to allow the prawn stock to spawn without interference. The product is wild caught and processed at sea and frozen within an hour of being caught to maintain and lock in the unique flavours.

Come and walk along the wharf and peruse crew members carrying out maintenance, working on nets or scrubbing their vessels clean after a trip at sea. You can see the equipment on the deck of the vessels, such as the hopper and table systems that assists in sorting the prawns and returning by-catch back to the water with minimal impact on other species. 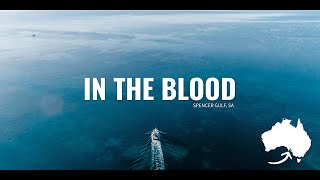